A dutch nerd who likes to mess around with computers.

What is Zabbix monitoring? Zabbix is an enterprise-class open source distributed monitoring solution. Zabbix is software that monitors numerous parameters of a network and the health and integrity of servers. Zabbix uses a flexible notification mechanism that allows users to configure e-mail based alerts for virtually any event. This allows… Read more » 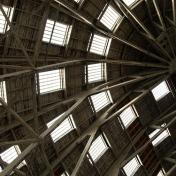 I setup a CentOS 7 server recently, that regrettably needs open SSH to the outside world. As I don’t dabble in CentOS that much, I thought I’d write out the instructions for myself and others to install fail2ban. This will block people trying to bruteforce your server with lots of… Read more »

I needed to mirror an FTP site to linux, as preparation for of a migration. After looking for the most easy way to do this, I found ‘lftp’ on the linux side, and used that. sudo lftp -e “set ftp:ssl-allow no; mirror -c -e –parallel=3 employees/ /srv/ftp/employees/” -u jeroen someftp.actualadmins.com… Read more »

I needed to replace text in multiple files on an Ubuntu server. The text was “D:/FTPdownloads”, and would be changed to “srv/ftp” (migrating an FTP server from Windows to Linux). Also this had to be done in 100+ files in a bunch of directories. Quickest way I found to do… Read more »

This week I needed to clear the ‘logon script’ field of all AD users (who had one set). While working on the code, I noticed you couldn’t just do ‘ objUser.scriptPath=”” ‘ as this would result in an error. So this was done with PutEx. The following will search for each… Read more »